Posted on December 1, 2014 by Katherine Wikoff

Actually, that post title came to me just now because I wanted something to do with “paths,” and Paths of Glory, the old Stanley Kubrick film starring Kirk Douglas, is one of my favorites.  Sadly, if you were hoping to read about the film, this post doesn’t have anything to do with it 🙂

Actually, this is sort of a post about our dogs.  Sorry.  (You can stop reading now if you despise this kind of cuteness.)

This afternoon I came home from work, fed the dogs, put away groceries, and took out the garbage.  All my usual getting-home chores.  The snow  melted over the weekend, although today is quite cold.  So I noticed when I went outside that our dogs’ trails/paths through the yard are quite visible, even now when the grass is matted down and frozen and covered by leaves.  (Yes, we raked, but it snowed before all the leaves had a chance to fall.  Leaves are still falling!) 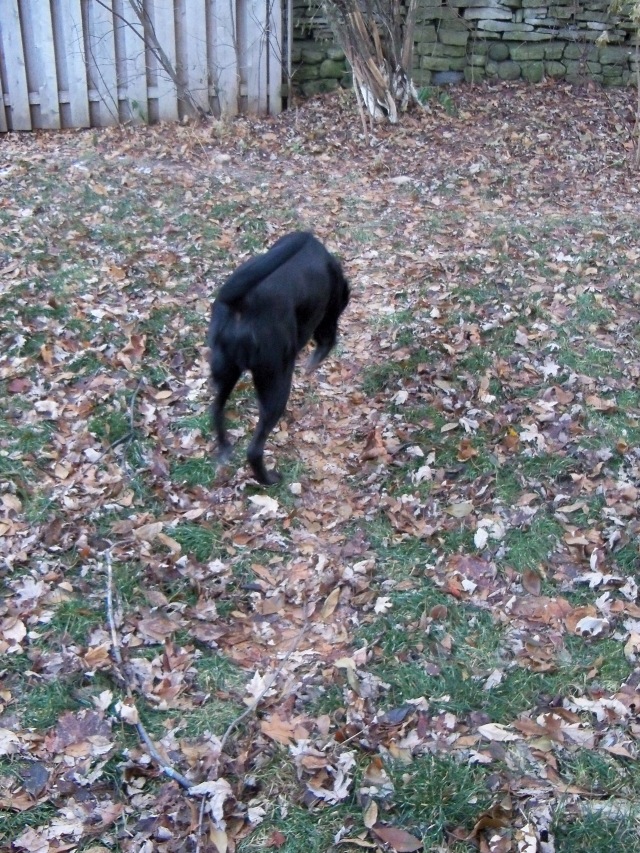 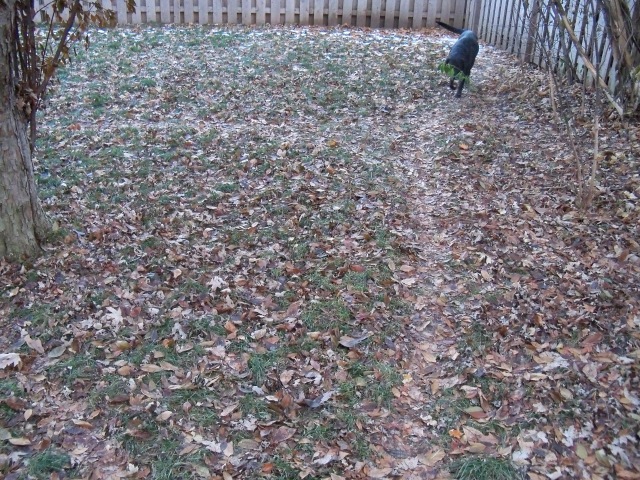 If you have pets, you have probably noticed that they like to walk in the same familiar little byways throughout your yard.  Locally, the roads between Milwaukee and other cities like Green Bay, Watertown, and Chicago were originally Indian trails.  When the roads were built over them much later, I guess everyone saw the wisdom of the original footpaths.

Even the planets seem to have an affinity for revolving through eternity along their same old elliptical orbits.

What is it about a well-worn path?  Why is it so attractive?  Yes, Robert Frost decided to take the less traveled road “Because it was grassy and wanted wear.”  But he’s an exception.  For most of us, the myriad complexities of daily life demand simplification.

And simplification requires routine—i.e., the road more traveled by!

I am a college professor at Milwaukee School of Engineering, where I teach literature, film studies, political science, and communication. I also volunteer with a Milwaukee homeless sanctuary, Repairers of the Breach, as chair of the Communications and Fund Development Committee.
View all posts by Katherine Wikoff →
This entry was posted in Life, Nature, Science and tagged dogs, Indian trails, paths, routines, trails. Bookmark the permalink.

4 Responses to Paths of Glory